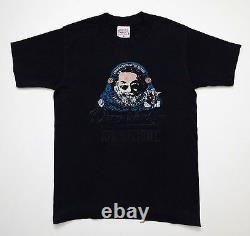 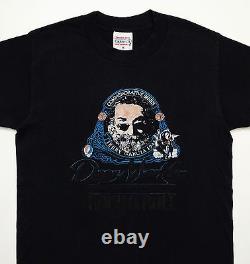 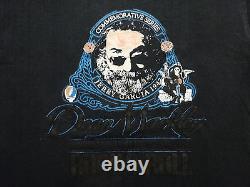 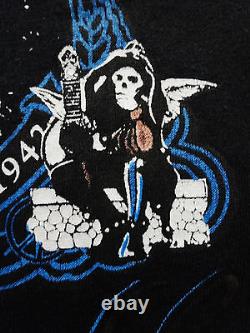 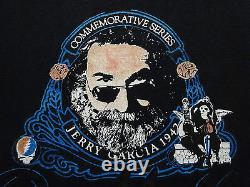 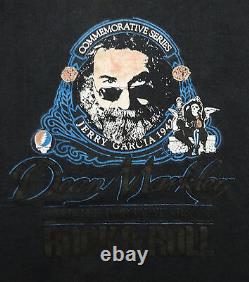 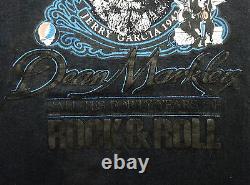 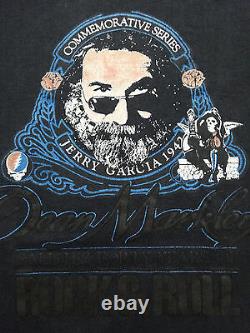 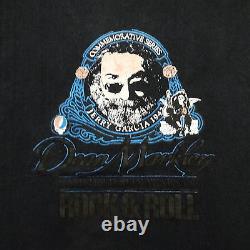 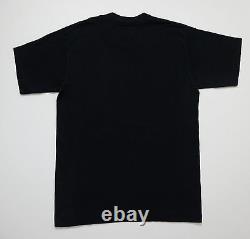 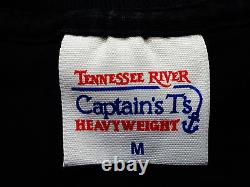 And just to think that Rock & Roll's 40th! Was celebrated well-over a Quarter of a Century! That meant that I was pretty much playing Guitar! & rolling on Dead Tour!! And now, just playing Guitar...

But, as we all know - there is Nothing! Quite like Dead Tour, The Grateful Dead, and naturally too... In the year of 1992 - Jerry was actually celebrating his 50th Birthday!

At Irvine Meadows, in fact... Right during a Jerry Garcia Band Show!

And, what was so-cool was that Dean Markley did a Commemorative T-Shirt Series! In 1992, which celebrated some of Rock & Roll's Greats!

That helped sculpt it for what is was, and what it became. This was so long ago, that I don't completely remember what Rock & Roll Musicians were celebrated in this Shirt Series release... But, I do remember that the Shirts were issued on White, Grey, and Rock & Roll Jerry!

- and, I can distinctly remember Shirts being issued for both Jimi Hendrix and Buddy Holly, among some others. But, here you have it indeed Dead Fans... Jerry, Jimi & Buddy - pretty " Top-Shelf " Rock & Roll to say the very-least.

If you missed this one in'92, which pretty much everyone did - here You! Go - a nice Vintage Rock & Roll Shirt for sure from one of Rock's vital manufactures... A way-nice vintage Rock & Roll look & feel on this classic for certain... & Slinky Strings for everyone!