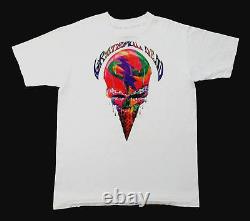 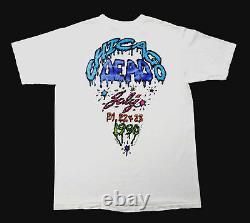 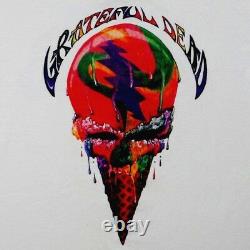 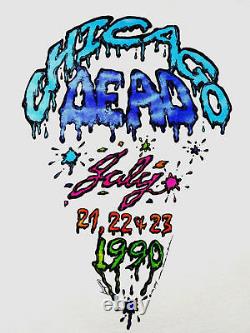 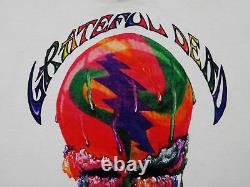 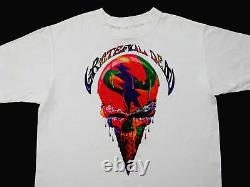 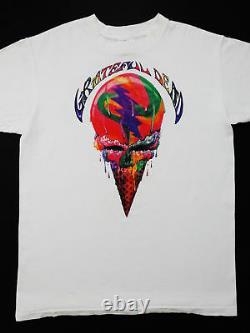 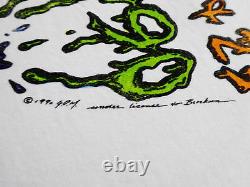 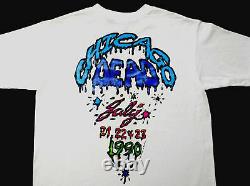 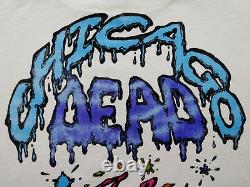 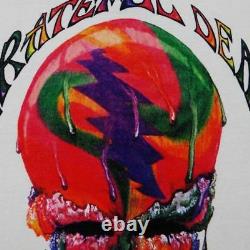 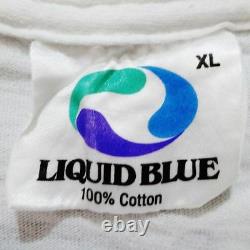 Quite possibly from the Windy City itself, from the Grate! Mid West -- and naturally..... As offered here proudly is one of the Ultimate! Grateful Dead Shirts of All-Time - from the Massive!

90 Summer Tour - which, as we all know was sadly the Last & Final run of Dead Shows... Featuring the one & only Brent Mydland. All the way from 4/22/1979 to 7/23/1990 here in Chicago, at the World Amphitheatre Show run... Brent was a beyond-huge part of the Live Grateful Dead Cosmic Glue - that still sticks unmatched in the ears, memories, mind & soul for so many Dead Fans - and the Brent Fan Faithful!

Brent's presence musically, and in spirit is without any shadow of a doubt - a Massive! Part of the Grateful Dead Era that many Dead Fans arguably consider to be the very-best...

And really 1979 to 1990, to be super specific... Brent's 10-year+ Long Strange Trip - as a quintessential part of the Good Ol' 1980's! Brent's shockingly untimely passing was on 7/26/1990 at home in California, just 3-days after his last 7/23/90 Summer Tour Show - which was also the Last & Final Show of the'90 Summer Tour. And, in the personal opinion of myself... Brent had more Rock & Roll Passion and Soul in his little pinky finger, than most musicians could ever dream of. I mean after all - Brent sung 4 of the 9 songs on the Last & Final Album of the Grateful Dead - Built To Last in 1989. Brent was one of those - and really, one of the main ones. Though the live touring machine of the Grateful Dead did their very-very best to regroup for the Fans, Themselves, and for Rock & Roll - and hit some true heights on later Tours, the likes of'91 Spring,'91 Summer, the'93 Touring-year, and a few others of note... It's quite hard to say it was really ever the same without Brent. Tough obviously on Jerry, and really every single one of the Boys in the Band. But, as the saying goes I suppose...

Point being, that is the importance of this incredible G. Tour Shirt - from Summer Tour'90, the Last & Final Chicago stand of the Brent-Era.

Here well over 25-years later - this " White " Shirt version is the rarest by far, as with many of the best-of-the-best G. Liquid Blue " Venue-Specific " Tour Shirts from the Grateful Dead 1990's Era. Tag Size / Brand : Extra Large (X-Large / XL) / Liquid Blue 100% Cotton / Made in U. Pit to Pit = 23. As this is a vintage collectible shirt - here is the only issue that stands out to my eye upon very close inspection. >>> cracking/fading of the design image emblems, mostly on the Shirt back side - on the' Chicago Dead' print (please see photos/close-up photos #9, #10).

Please see all photos provided... This item is in the category "Entertainment Memorabilia\Music Memorabilia\Rock & Pop\Artists G\Grateful Dead\Apparel". The seller is "springfromnight1989" and is located in this country: US.