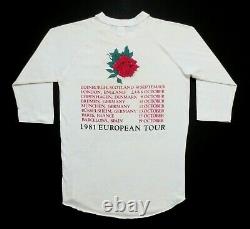 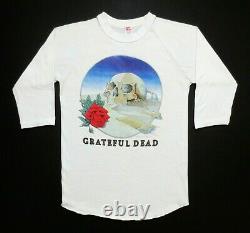 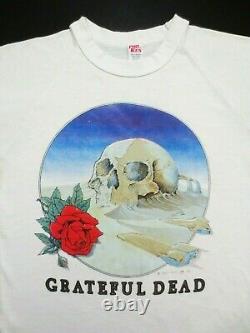 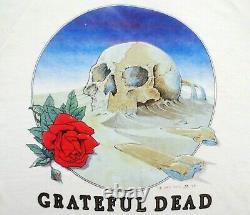 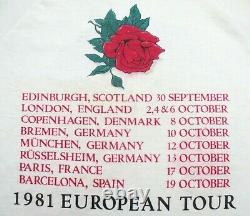 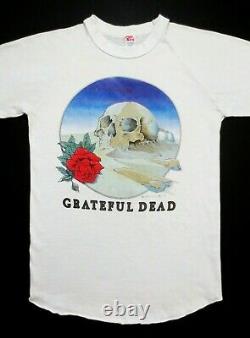 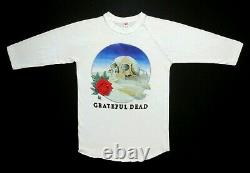 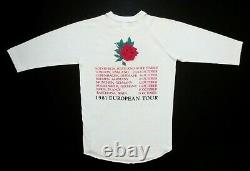 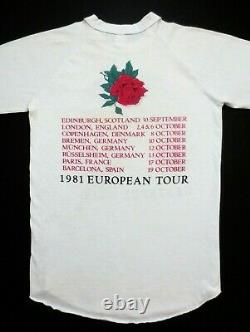 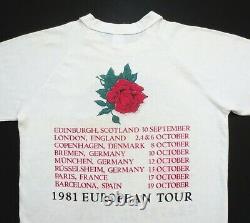 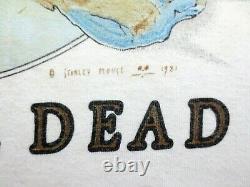 For the 1st time since the Europe'74 Tour, and naturally as well - prior to that... The Legendary Europe'72 Tour!! And, the Band actually delivered both! A Spring & Fall Europe'81 Tour - with this Tour Shirt here being issued for the'81 Europe " Fall " Tour!!!

So here comes my slightly-controversial statement on this Europe-Tour topic. If you were to have asked Jerry Garcia himself back in the day - " which Europe Tour " was Your! I would have to venture to image, that Garcia might have just simply said "'81 ". I know - I know... A pretty far-fetched claim right? With consideration of the importance & magnitude of the Europe'72 run & all...

But, the really big difference is - that in 1981, and in the Early/Mid-'80's for that matter -- there were times in those Magical! " Hot-Zones " where Garcia got so Incredibly-Hot!

On the fret board - that you could darn-near him playing heavy metal! - being right-in the guitar zone, and masterfully channeling the stratospheric forces, that almost only Garcia could. So go and listen to say...

The Barcelona Show that closed this Tour -- there you go - now do you see what I mean? And too, as for the'design' on this Shirt -- proper-props directly to The Mouse! -- with a Skull & Roses Sand & Bones design made specifically the Band's 1981 European Tour!!!

No-doubt about it, as this here my fellow Dead Fans - is indeed one of the Greatest! / Mouse designs in Rock & Roll History... So subtle, pastel, stylish, cool, and yet so-incredibly Heavy! Too at the same time. Here these days, and as fashionable & cool as ever... As it proudly & boldly represents all of the Grateful Dead 1981' Toured' European Cities, Countries, and Dates... On the " 1981 European Tour "!!! One of the most-important Dead Tour Shirts of all-time for sure...

This item is in the category "Entertainment Memorabilia\Music Memorabilia\Rock & Pop\Artists G\Grateful Dead\Apparel". The seller is "springfromnight1989" and is located in this country: US.