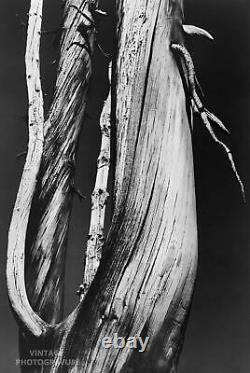 This print was produced from the original negative/print by ANSEL ADAMS, the internationally famous American photographer. This wonderful photo engraving comes already Mounted and Matted and will frame and display beautifully! Our Mats are the highest quality acid-free sturdy 4ply Museum Grade, board. This photo engraving is guaranteed to be Original and comes with a hand-signed CERTIFICATE OF AUTHENTICITY (COA) and its accompanying Tamper-Proof Hologram.